Posting of sponsored chapter is on weekends.

Purple/Violet button are the previous and Next button. For table of contents it can be found at the footer (cp) or sidebar (pc)

It is a pity that Fu Sijin, someone who was not good at deceiving children, is destined to live up against to Qingqing’s expectations.

He nodded and said: “…Mom.” At this moment his expression was particularly quite difficult to understand: “Uncle didn’t lie to you, he is your brother, grandpa and grandma’s youngest son.”

Thunderbolt on the sky was not enough to describe Qingqing’s mood at this moment.

The three-and-a-half-year-old child is in a state where she still doesn’t understand many things.

But for a child, who was taught about the basic knowledge about relatives since birth, she could still understand the meaning of words such as “uncle”, “brother”, and “younger son”.

The clever Qingqing still know how to ask someone to verify it, but if even the witnesses she trusts confirm this, there is no doubt that:

She actually has a younger brother! Worst, he is bigger than her!

“Uwahh…” The sudden burst of crying frightened everyone: “I don’t want it, Qingqing doesn’t want this younger brother! Uuwahhh… Mom and Dad are bad people… They deceive Qingqing! They already clearly told me that it is good not to have a second child, woo …”

Watching Qingqing, who was crying so pitifully with her chubby legs pounding on the sofa, Gu Lan’s expression turned dark, and immediately turned around and left.

“Uncle!” Fu Sijin was anxiously trying to chase after him, but looking at Gu Lan’s inexplicably lonely back, he unconsciously stopped.

The cry on his side seemed to decrease.

Fu Heng lowered his head faintly, and Gu Qingqing was staring at Gu Lan’s figure helplessly. Her small body trembled and hiccup from time to time. The bottom of her eyes and nose were red, making her look so pitiful.

“Why are you crying?”

She was quite sensitive and now, she seemed to realize that she had just hurt someone else.

“Mom, is that so annoying to you?” At some point, Fu Sijin had already turned around and squatted in front of Qingqing.

The eyes of the two faced each other, and the two similar pairs of peach blossom eyes reflected each other’s figure, one returned to youth, while the other is already mature.

“Uncle, what are you talking about? Qingqing…hiccup…Qingqing doesn’t understand.” Qingqing said in a ignorant way.

Fu Sijing stared stubbornly into Qingqing’s eyes, and asked again, “I asked mother again, do you really hate to have a younger brother?” He didn’t know why, but he seems to be very eager to know the answer right away.

Qingqing understood this time. After holding it for a while, her cute little face wrinkled into a confusing face and, she couldn’t give an answer to what Fu Sijin has just asked.

“Dad!” Fu Sijin was very dissatisfied with his father just did.

“Enough, she is only three years old now.”

Ignoring his son’s dissatisfaction, Fu Heng kept his face cold and went straight to the kitchen with Qing Qing.

From the morning till now, everyone has been facing this unexpected situation. They haven’t eaten yet.

It was okay for adults to be hungry, but for children, it was a different matter.

This sentence was told to him a long time ago.

Fu Heng, who had just opened the refrigerator and was about to take out the milk to warm for Qing Qing, suddenly heard the small whisper of the child in his arms.

She just didn’t like her mom and dad breaking their promise.

The deep eyes were slightly soft, and he silently touched Qingqing’s head.

The furry touch is not bad, so he touched it more.

“Why are you touching me?”

The Qingqing who was touched immediately covered her head, and stared blankly at the handsome face that was so close.

In other words, this uncle looks good-looking, even better than his father.

“Good.” With two gentle pats like a puppy, Fu Heng took out the warmed milk in the microwave, first tested the temperature with his hands, then plugged in a straw and gave it to Qingqing.

Qingqing thanked him politely, and then she held the milk in both hands and drank in big gulps.

She was also hungry. The little snack she just ate was only enough to relieve her hunger, but not completely stop her hunger. Now that she drank a hot milk, her lonely little belly had finally stopped groaning.

A glass of hot milk for breakfast was obviously not enough. Fu Heng put Qingqing on a chair and asked her to sit and drink milk obediently, while he freed his hands to make breakfast.

Making breakfast was very simple for him. Steam the eggs with the egg steamer, toast the bread in the bread machine, and then take the bottle of jam out.

Even so, it shocked Fu Sijin, to see his dignified and cold father making breakfast for the first time.

His dad’s meal… can it be really eaten?

Please consider buying us a Ko-fi in order to maintain our website and provide quality translations. 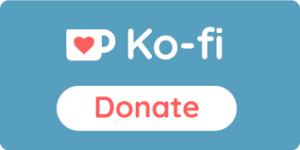 Please consider buying us a Ko-fi in order to maintain our website and provide quality translations.

The Villain Is a Sis-Con?!

A windfall of 10 billion Yuan

A windfall of 10 billion Yuan

Compilation of Smuts from DaNovel